In a blog a couple of weeks ago, I mentioned that I have been photographing Ana since she was born, and that I wanted to do a blog showing how she has changed from birth to age 3.  So here it is.

I first photographed her when she was 6 weeks old.  She slept part of the time, so there weren't a lot of shots of her when she was wide awake.  What a look of concentration in the second picture! 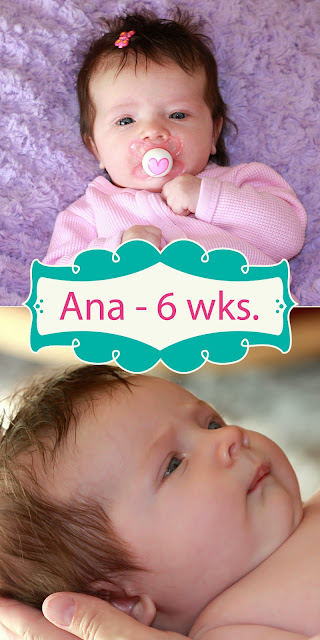 The next session was just a few months later at Christmas time.  She was about 3 1/2 months old at this point, and all dressed up for Christmas.  However, she wasn't real thrilled about having her pictures taken!  She looks like she's thinking, "Why are you doing this to me?" 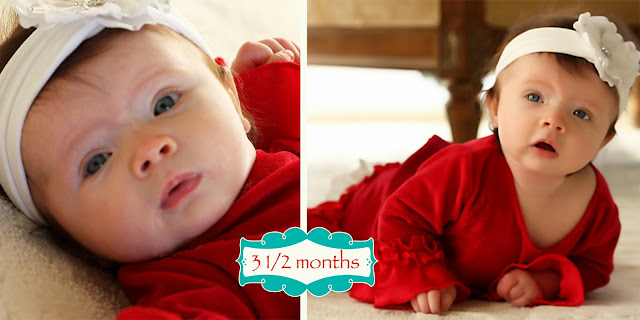 Then we skip to an early summer session when she was almost 9 months old.  She didn't seem to mind these pictures quite so much, probably because she got to be outside and play in some of her playground things.  Her hair is getting longer and she has discovered the joy of eating grass! 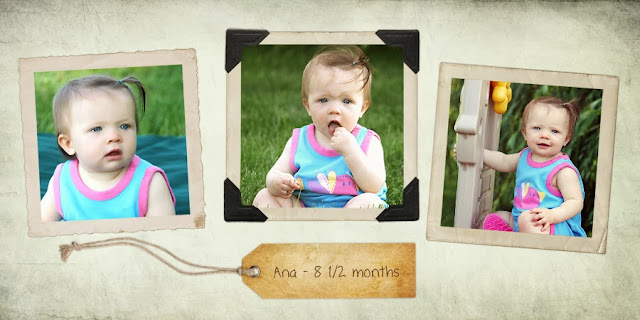 Next was her baptism, which was just about a month later, so she was around 10 months old.  As you can see, by the end of it she was all worn out and wondering what all the fuss was about! 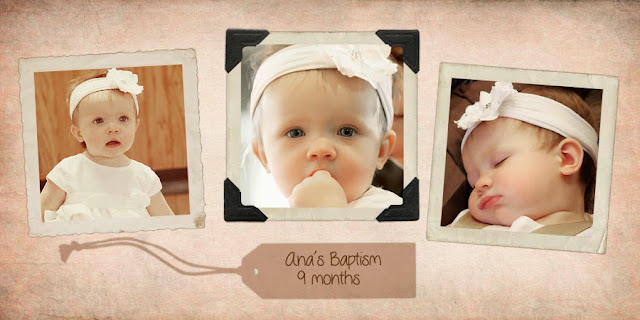 Then come her one-year-old pictures.  At this point, she has developed a lot more personality, and has become very curious.  At one point, she was down on the ground looking under my car to see where the cat had gone.  She also saw her reflection in the car and made faces at herself.  Here are some of the "prettier" pictures, but in a couple of them you can see her goofy side.  Look for the cat in later pictures as well. 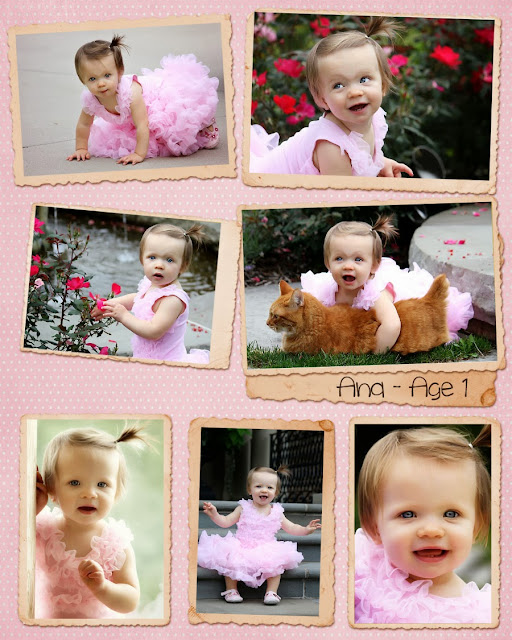 Next are some of her two-year-old photos.  Once again, she got to be outside and down by the lake and the sand where she was digging up treasures (stones), so she was pretty happy about that.  You can see her goofy side in some of these too, especially the one where she is twirling around in the grass.  (And isn't she always dressed so cute?!!) 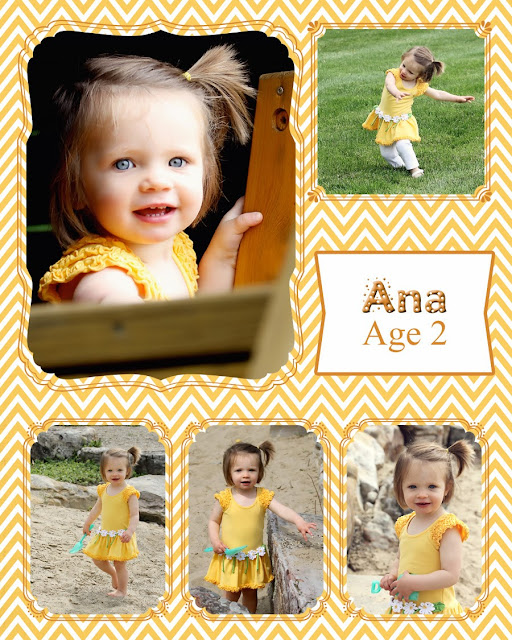 A few months after this, around Christmas, I took pictures of Ana's brother, and of course a few of her too.  She wasn't much in the mood for pictures this day either, but some of them turned out pretty cute.  It was really cold outside, so most of the pictures were inside. 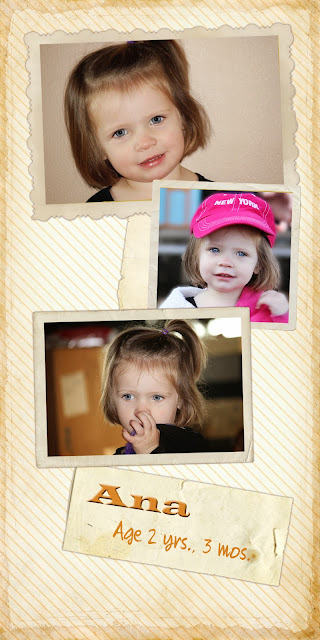 And finally, her three-year-old photos, some of which I have already posted.  She was both "good" and really silly for this session - it was maybe the best session we have done of her.  She was able to sit still and pose, but I also got a lot of candid shots of her just being a 3-year-old.  The fact that her brother was in the background egging her on might have had a lot to do with it!  Once again, she loves the outdoor pictures.  It was a beautiful fall day, and there was fall landscaping around her house which made for some lovely backgrounds!  Notice the cat again! 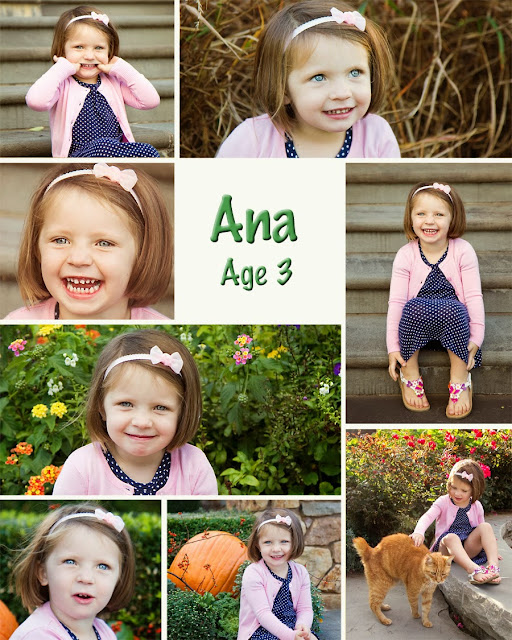 So there's Ana's three-year photo journey.  In many ways, she looks just like she looked as a baby, but she is starting to look so grown up and she is developing such a cute personality.

When I do her brother's photo session in a couple of months, I will have to do a timeline series on him too.