A lot of seniors - or anyone, for that matter - don't like to brave the cold and snow to get pictures taken.  But snowy scenes are usually beautiful, and once in a while I find someone who's willing to try it.

On this particular day, the temperature was probably around 22 and it was quite windy, as you can see from the way her hair is blowing in some of the images.  I fell down once, tripping over a snow-covered root in the woods, and I practically buried my camera in the snow.  My camera also protested the cold weather, as after about 40 minutes it started to respond very slowly.  But all that aside, it turned about to be a great photo shoot.

Here is a collage of some images that were processed in black and white with some shades of brown mixed in.

Some of these images were taken in the area around this young lady's home, and others were taken at an old farm site with a lot of cool buildings.  Be sure to check out the one with the cat.  He was also on my shoulder part of the time while I was trying to take pictures!  He was a real lover!  :) 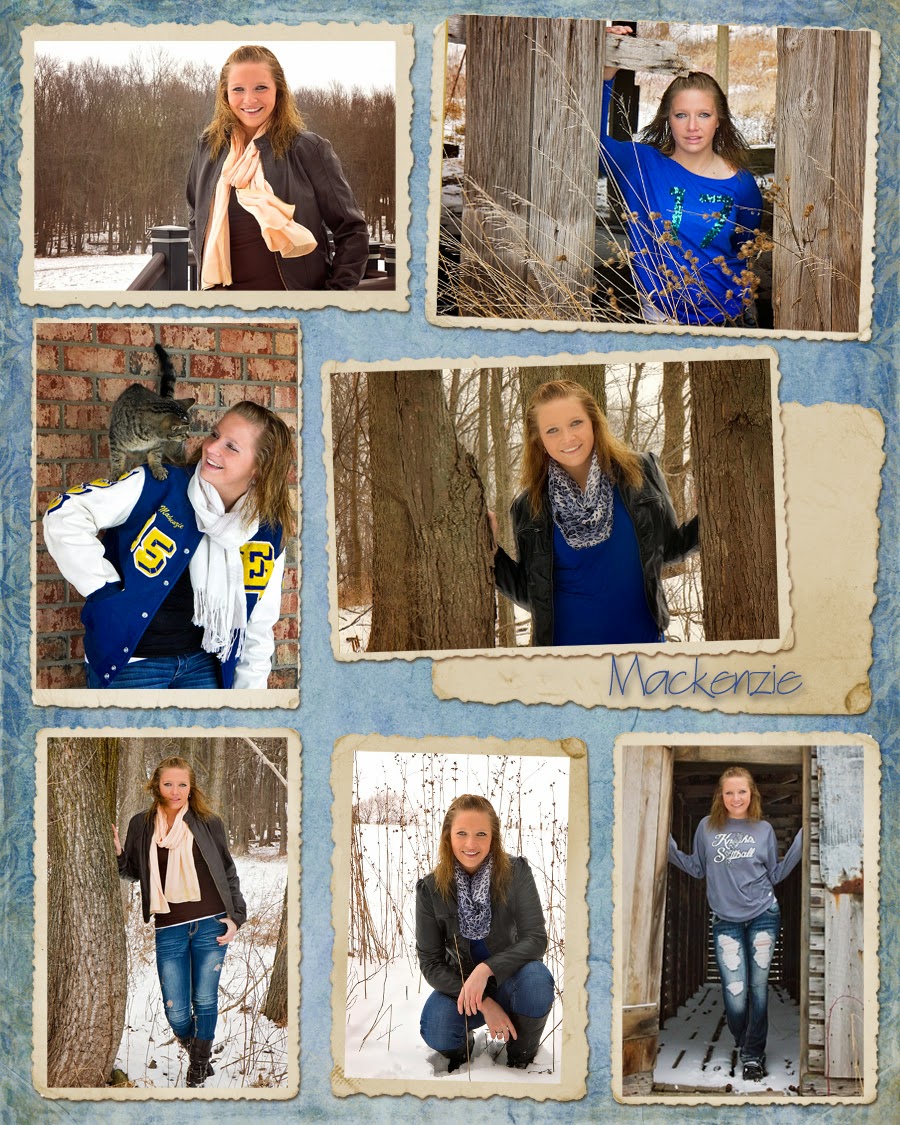 This young lady is having more pictures taken in the future - some sports pictures and some in the spring when the weather is hopefully a lot warmer.  So be sure to check back for more pictures of her later.