Funny story about this kitten! Originally, this cute black "female" kitty was named Jade. But it was recently discovered that he is actually a male, so his name was changed to Jaden!  smile emoticon He is all black with just a little white on his underbelly. He is approximately 10-12 weeks old, and has been at the Humane Society of Noble County since the end of May. He has been wormed and is current on shots and flea prevention. 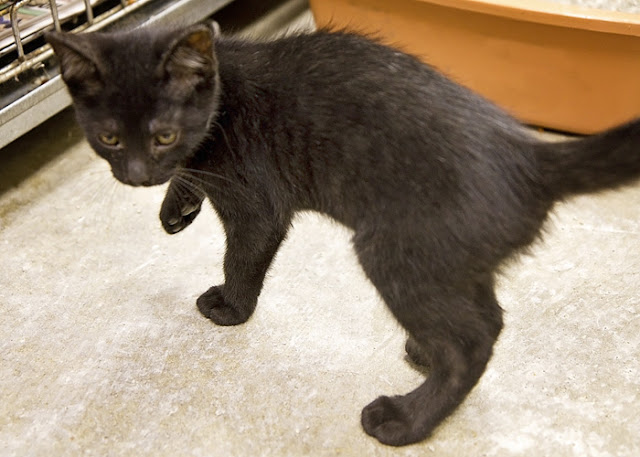 Jaden is an active kitten. He loves to run and chase things, and he loves to play with the other kittens that he lives with. He will play with almost anything, such as the binder clips that he discovered on top of one of the cat towers. 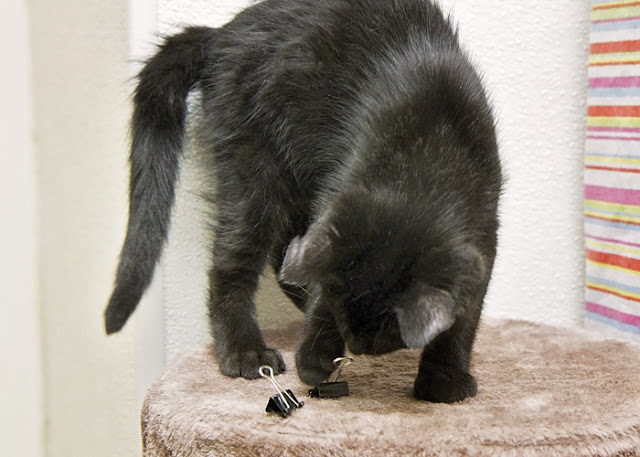 You can adopt Jaden or any other cat for only $15 until the end of June. Please consider giving Jaden and one of his buddies a home!