This little character is Jester, a white and orange male who is about 2 months old. He has had shots and flea prevention and has been wormed. He was born at the Humane Society of Noble County on April 20, 2015. 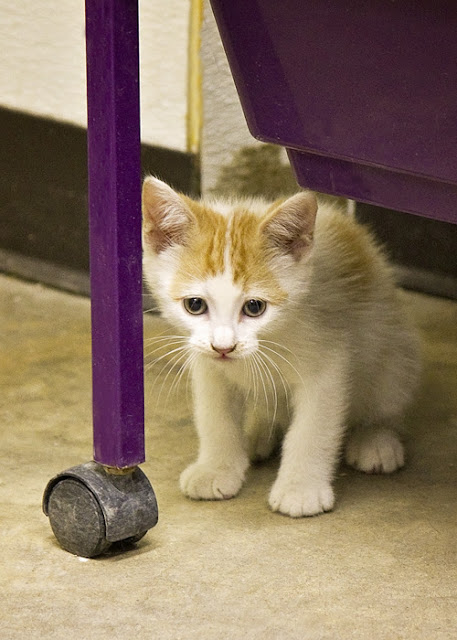 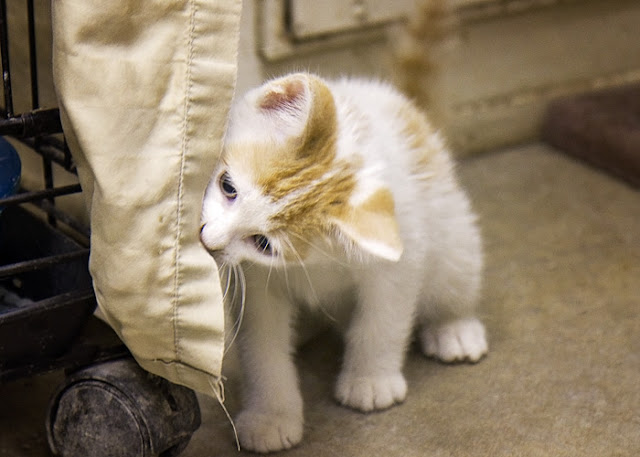 Jester is aptly named because he is hilarious! He is very playful and goofy. He will play with almost anything, chase the other kittens, jump sideways and straight up in the air. He is also friendly and affectionate. 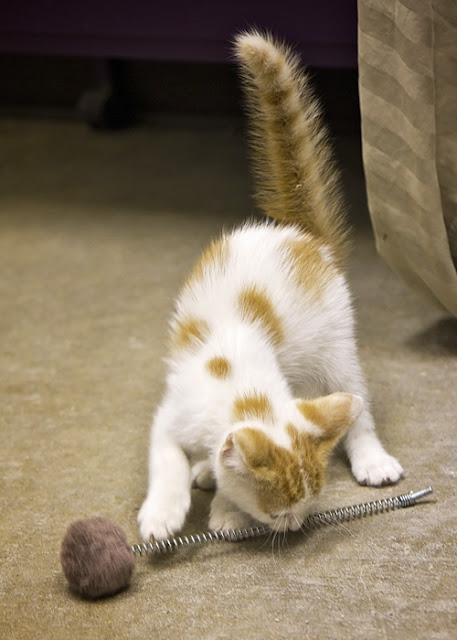 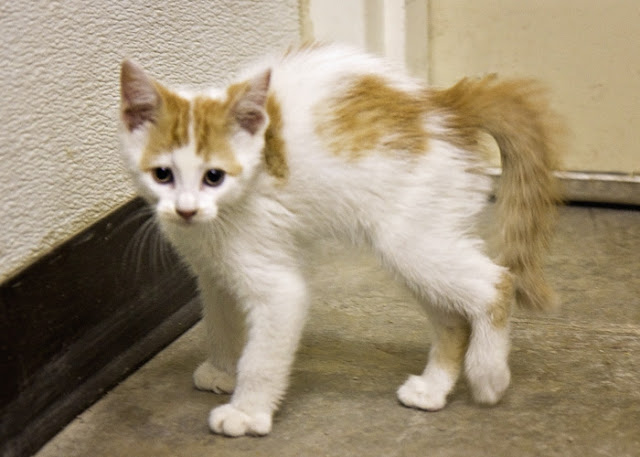 This next guy is Lil' Johnny, a 3-4 month old male tabby. He is black, gray and tan with spotted sides and white feet. He has a very distinct M on his forehead! He is current on shots, flea prevention and worming, and is FIV-negative. 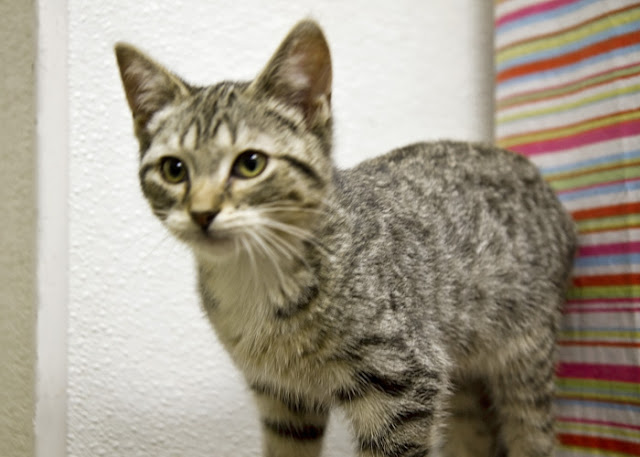 Lil' Johnny is very friendly, curious, and playful. He is also quite an acrobat, as you can see from the second picture where he has climbed one of the cat cages to try to play with the kittens inside. 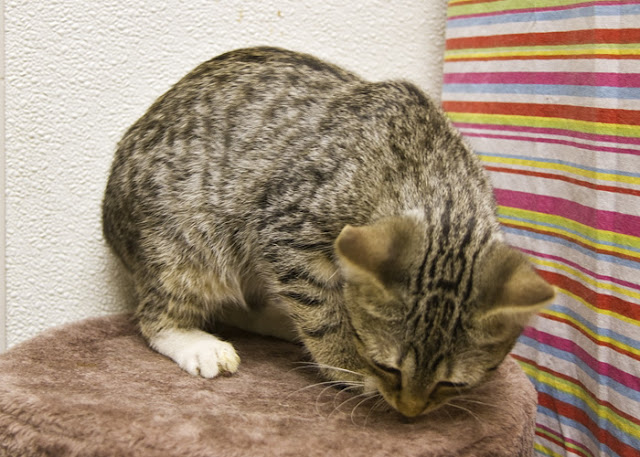 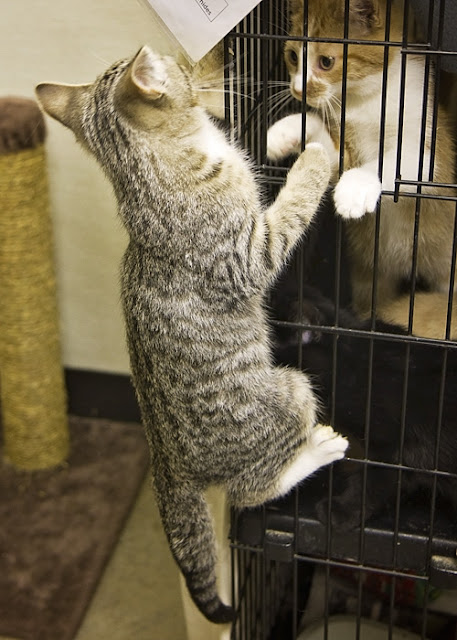 For only 5 more days, you can adopt Jester, Lil' Johnny, or any other cat at the Humane Society of Noble County for only $15! Come visit them all and take advantage of this great deal!!