And the Kittens Just Keep Coming!

Recently there have been several litters of kittens born at the Humane Society of Noble County. Rather than posting each kitten individually, I decided it would be easier to make some general comments about all of the kitten, and then post individual pictures.
All of these kittens are roughly 2-3 months old. They have all had shots and been wormed. Some have not had flea prevention yet, but before they leave the shelter they will have flea prevention, FIV testing, and they will receive a microchip. And until the end of June - all this for only $15!
All of these kittens are outrageously cute! They are goofy and silly in ways that only a kitten can be. They love to play - with each other, with toys, and with people. They are affectionate and crave human attention.

This is Damon.  He is a little black kitten with a few white hairs on his belly. 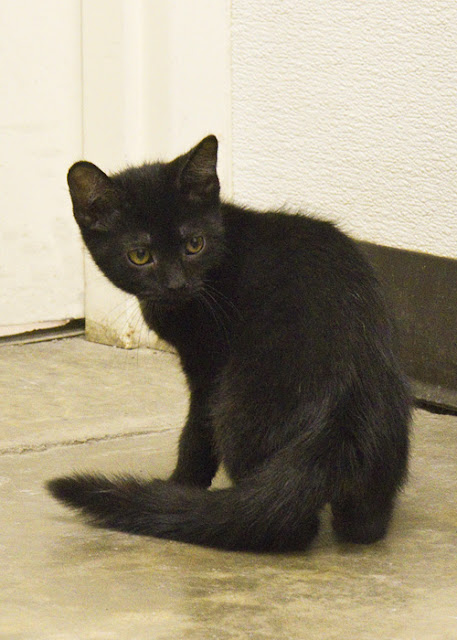 This picture of Damon is blurry because he was in motion.  He was getting ready to pounce on another kitten and wouldn't hold still for a minute! 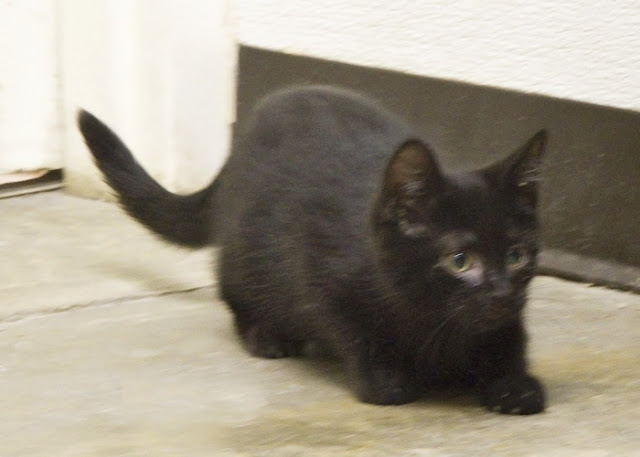 This is Damon's brother and look-alike, Stefan. 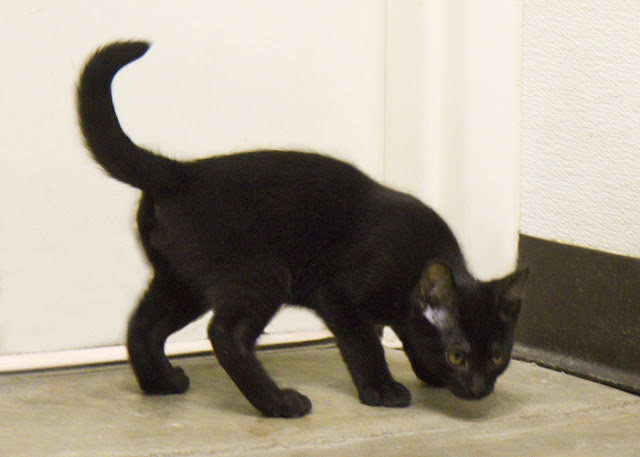 With the exception of the few white hairs on Damon's belly, it is almost impossible to tell them apart.  I would call them identical twins! 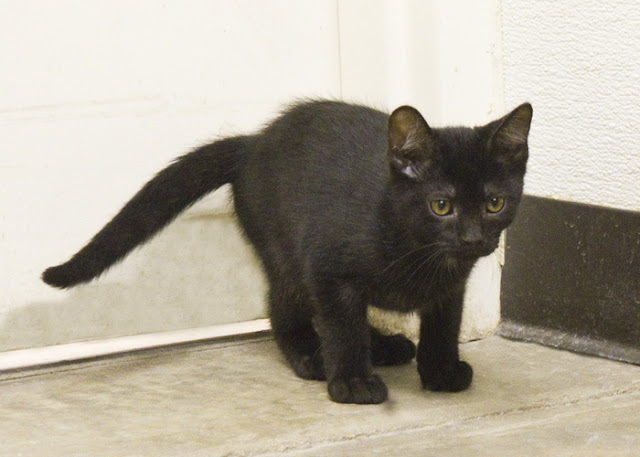 This goofy guy is Marco, a white male with a few black spots and a black tail. 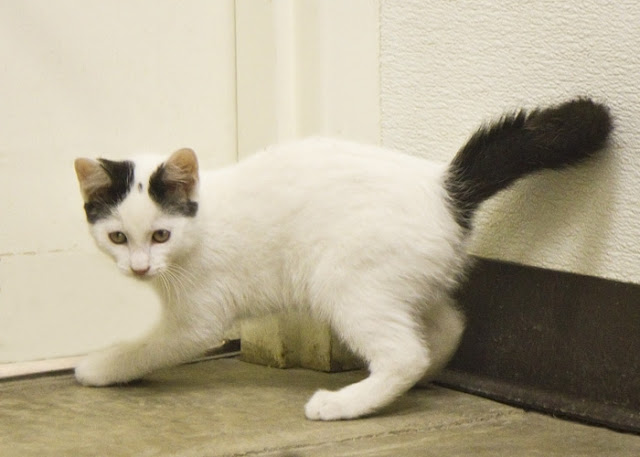 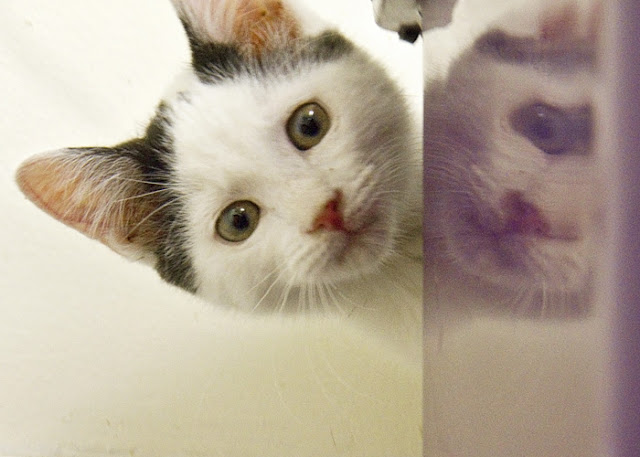 This sweet girl is Marissa, a black, tan, and orange tabby with white paws.  She was constantly on the move and wouldn't look at the camera. 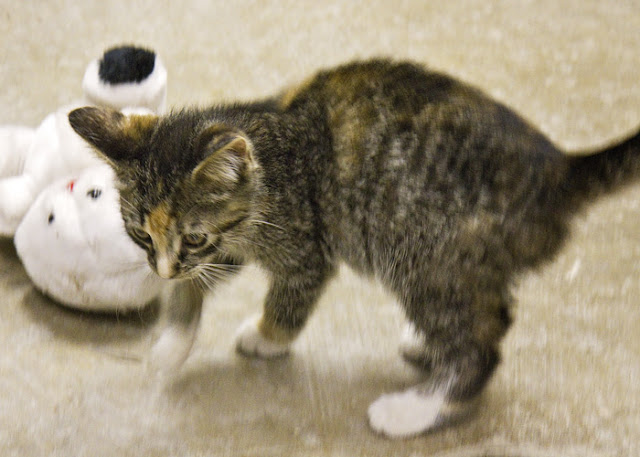 Here is little Zeb, a gray and tan male tabby.  He liked playing peek-a-boo too. 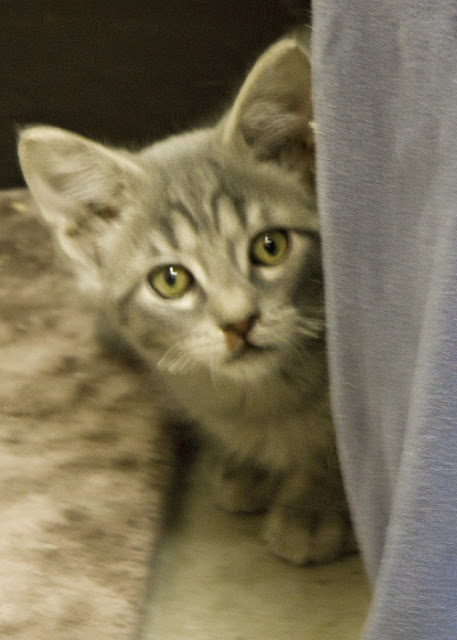 I think Zeb liked hiding from the camera, too. 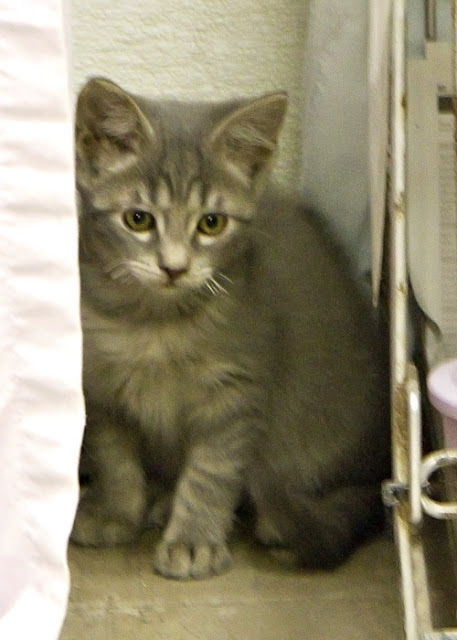 And finally, we have Zinc,  a white male with black on his head and a black tail. 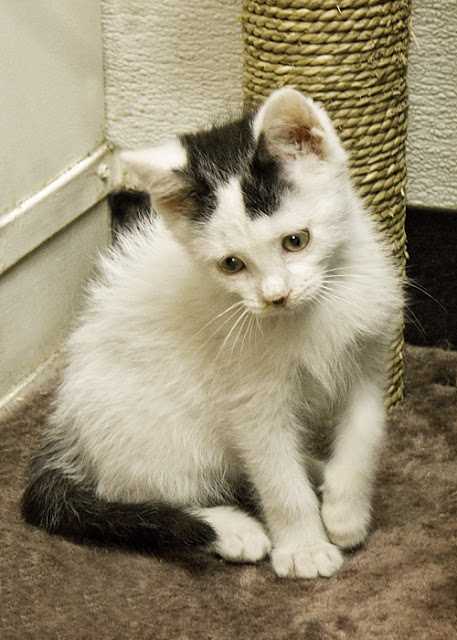 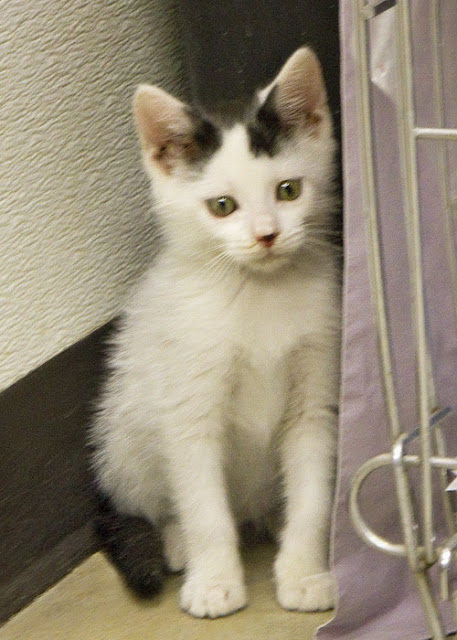