Recently there have been several litters of kittens born at the Humane Society of Noble County. Rather than posting each kitten individually, I decided it would be easier to make some general comments about all of the kitten, and then post individual pictures.
All of these kittens are roughly 2-3 months old. They have all had shots and been wormed. Some have not had flea prevention yet, but before they leave the shelter they will have flea prevention, FIV testing, and they will receive a microchip. And you get all this for the fantastic price of only $35!
All of these kittens are outrageously cute! They are goofy and silly in ways that only a kitten can be. They love to play - with each other, with toys, and with people. They are affectionate and crave human attention.

This is Evan, a male orange tabby with a few white hairs. 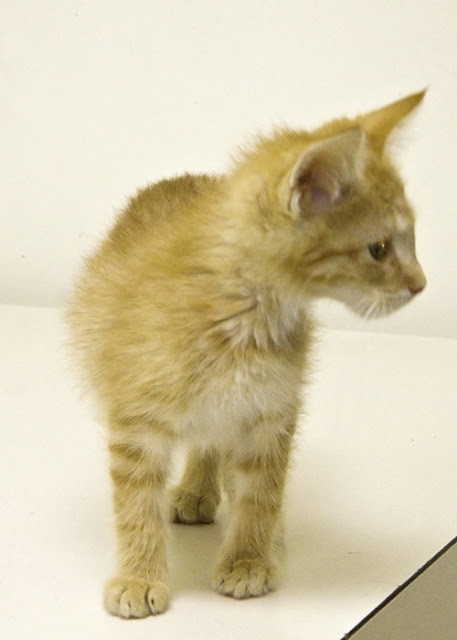 Evan did not like being put on this table to have his picture taken.  He is either extremely mad at me or scared to death!  He is really a very sweet kitten, though! 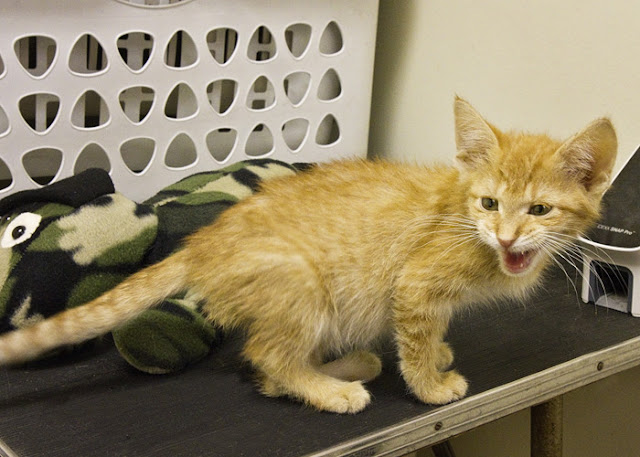 This little guy is Peso, one of three brothers in this group.  He is white with some light gray and a little tan, and he has some tabby markings. 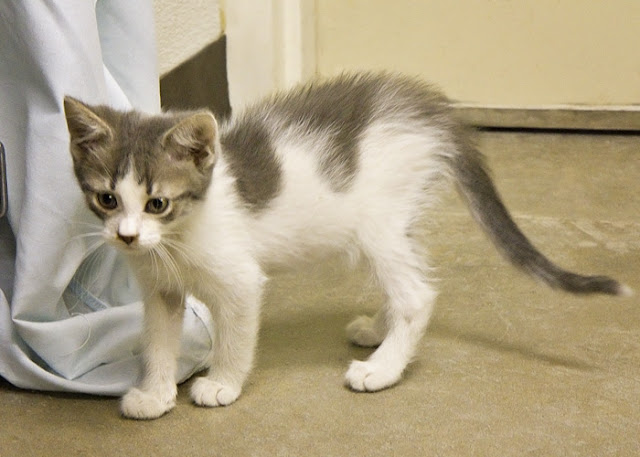 Here Peso was very interested in some other cats who were playing, and he soon joined them. 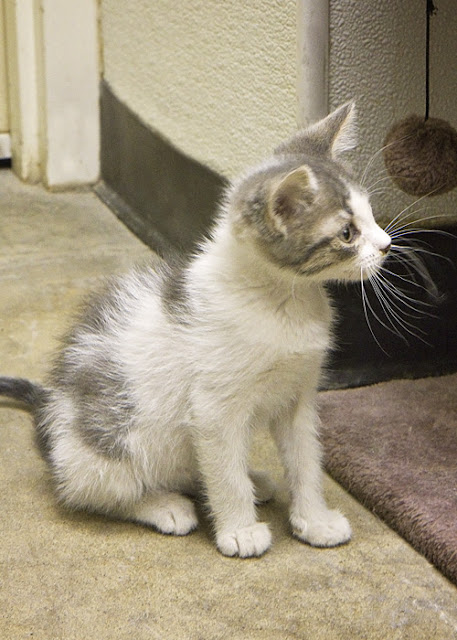 This is Radar, one of Peso's brothers.  He is also white and dark gray with a little tan, but he has a lot more tabby markings than Peso. 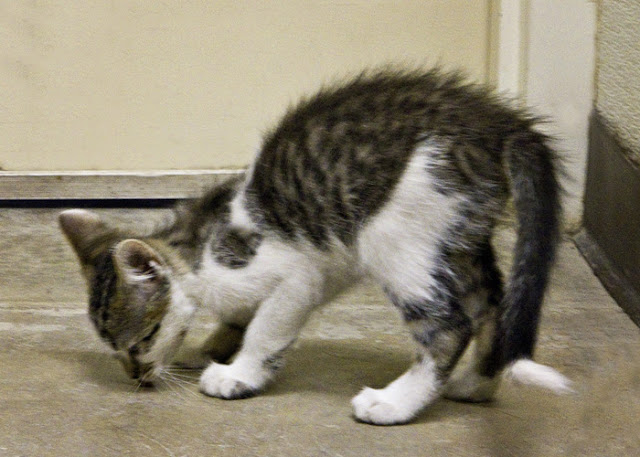 Radar enjoyed playing in one of the cat towers. 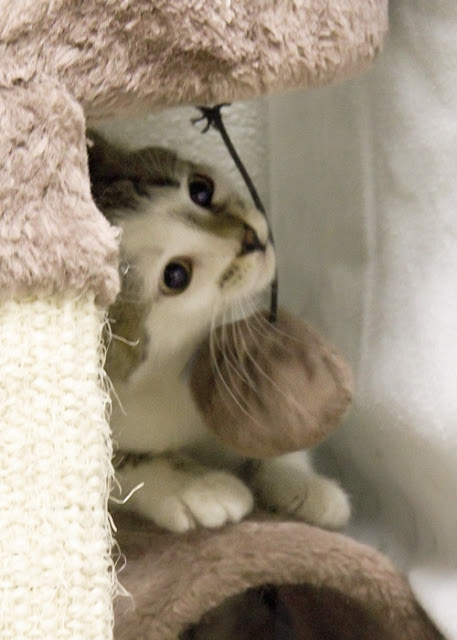 This is Scout, Radar and Peso's other brother. 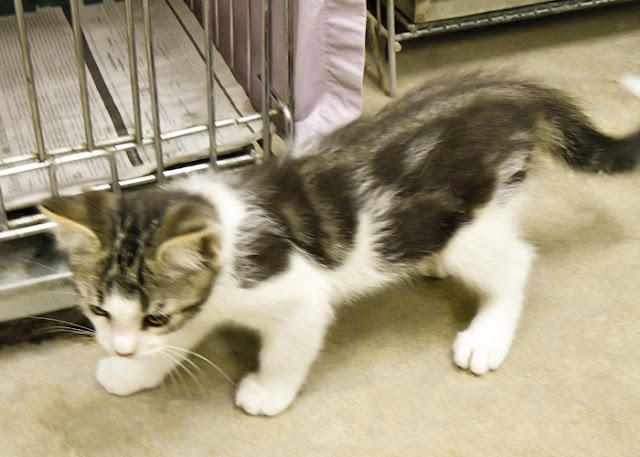 Scout is white, tan and gray with somewhat different markings.  In this picture, he is playing hide-and-seek in the corner. 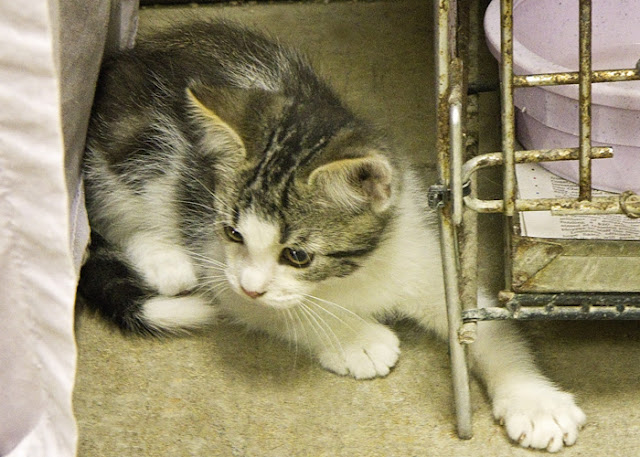 These kittens would all love to meet you and see if you could give them a forever home.  Please come visit them at the Humane Society of Noble County.